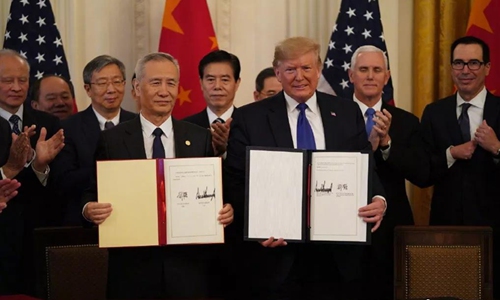 
After a 22-month trade deadlock and dozens of strenuous negotiations, China and the US signed their first trade agreement in Washington on Wednesday, officially hitting the pause key on the punishing battle that has inflicted serious wounds on the bilateral relationship, their economies and the global economy.

The signing of the phase one trade agreement is expected to offer some much-needed certainty and relief for businesses in both countries and around the globe, but it remains to be seen whether the two biggest economic powers will be able to build on the momentum to address their considerable differences over a wide range of issues in a constructive manner, Chinese analysts noted.

Chinese Vice Premier Liu He and US President Donald Trump inked the widely expected phase one deal in a ceremony at the White House.

Among the key takeaways from the agreement was China's pledge to increase purchases of US products over the next two years and the US commitment to roll back tariffs in phases on Chinese goods.

The agreement also covered areas of disputes between Chinese and US officials including the protection of intellectual property rights, technology transfer and an implementation review mechanism.

The signing of the deal presented a stark contrast to the tremendous hostility and brinkmanship between the two countries of the past 660 or so days and the theatrical back-and-forth in negotiations, including 13 high-level rounds. 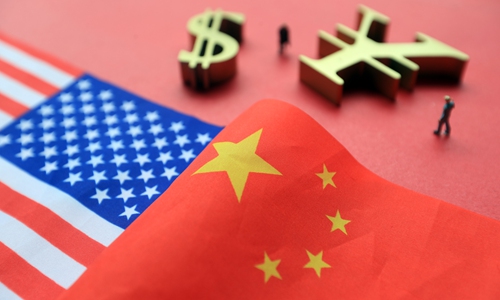 "The overall signal from the phase one agreement is much larger than the content of the deal itself," Wei Jianguo, a former Chinese vice commerce minister, told the Global Times.

"It is a boon for the world that the world's largest and second-largest economies have hit the pause key in the trade war."

Global equity markets have rallied in the lead-up to the signing and since the two countries announced the agreement in mid-December.

"The phase one deal means that China and the US have entered a new relatively predictable cycle," Li Yong, a deputy chairman of the expert committee of the China Association of International Trade, told the Global Times.

"It will be able to help revitalize the global value chain disrupted by the trade war and remedy at least some of loss."

The tariffs imposed by Trump had cost US companies $46 billion since February 2018, according to some analysis of US official data last week.

In China, the trade war has also been partially blamed for persistent downward pressure on growth.

Globally, it could result in $700 billion losses by the end of this year, according to the IMF.

The deal itself will benefit Chinese and US businesses in agriculture, energy and manufacturing, as big purchases take place amid reduced or canceled tariffs.

The US has called off new tariffs on $156 billion worth in Chinese goods in December and slashed by half a 15 percent tariff on $120 billion worth of Chinese products. 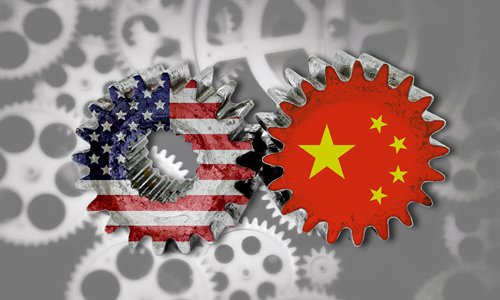 But in vivid display of the deep distrust between the two countries and remaining tensions and before the deal was even signed, many in both countries rushed to gauge who gained more from the agreement and questioned whether the deal would hold for long.

On each side there are people that argue their respective country made too many concessions or did not gain enough from the deal.

But the deal resulted from compromises by both sides and a mutual realization that a trade war was in nobody's interest, said Wei, the former Chinese vice commerce minister.

As a result of the realization, the US has toned down its tough stance in the trade war and China's sincerity and resilience have prevailed, he noted.

In the face of US bullying and maximum pressure tactics, China has mounted a robust defense, while also actively pursuing consultations with the US, he asserted.

"If you are familiar with China's core stance, you would know that China held all of its core grounds," Song Guoyou, director of the Fudan University center for economic diplomacy in Shanghai, told the Global Times.

From the outset, Chinese officials have said that any agreement will be balanced in terms of commitment and on equal footing in terms of each other's principles.

China has also demanded its sovereignty and rights to development be respected. For the phase one deal, China demanded the US roll back tariffs.

Song pointed out that the US dropped its tough stance based on its own interests and domestic laws laid out in the so-called Section 301 probe that started the whole trade war.

He said that no terms in the phase one deal required changes against the Chinese national interest and for many issues such as IPR protection, China was already addressing on its own.

"There would have been no deal if only one party made concessions," he said.

Uncertainty remains in the trade war, with pressing tasks for both sides to address and try to bring the bilateral relationship back on track, Li said.

"I don't want to dampen the mood, but there are still a lot to do," he said.

First and foremost, both sides must fully implement the agreement and properly manage possible disputes that might emerge in the process, he noted.

"China will not hold back in carrying out the deal, and neither should the US," he said.

Wei said that apart from remaining trade disputes, US officials have also continued to crack down on Chinese technology companies such as Huawei and blatantly intervened in Chinese internal affairs related to Hong Kong, Xinjiang, Tibet and Taiwan.

It is hoped that with the experience from the phase one deal, both countries will "rise to the task of addressing remaining issues including technology, WTO reforms and geopolitical issues,"he said.